Ice Wyvern is one of many creatures that populate the world of ARK and like other Wyverns, it cannot be tamed. Hence, when no one is willing to trade, raising is the only way for ARK players to get Ice Wyverns as pets. The process of raising Ice Wyverns consists of several steps but the first one is crucial: fetch the eggs. To save time and effort, it’s a good idea to grasp all possible Ark Ragnarok Ice Wyvern egg locations before heading out.

How To Collect Ice Wyvern Eggs

You wish to raise Ice Wyverns by yourself but don’t know where to find Ice Wyvern eggs? Then you may want to spare a bit of time to check out this article. Down below is everything that you must keep in mind once it comes to stealing Ice Wyvern eggs in ARK. 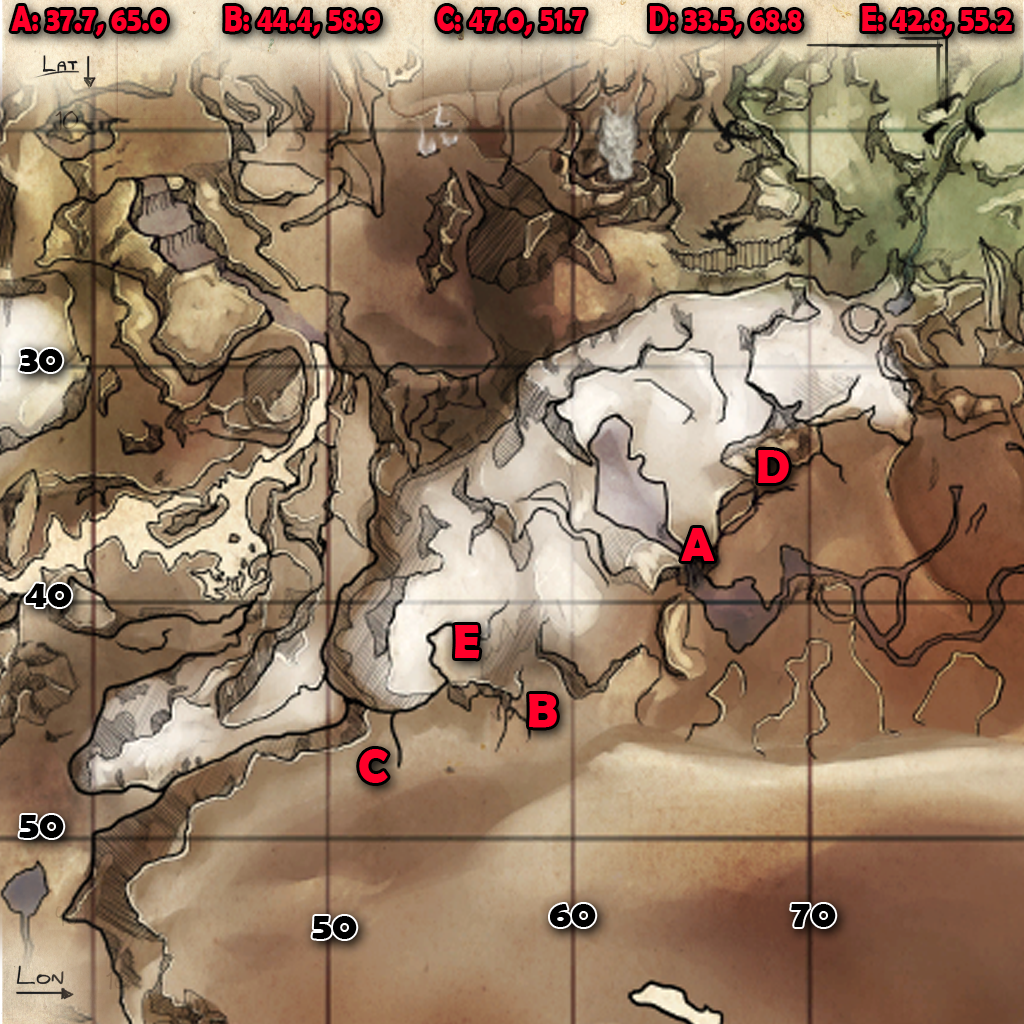 Owing to the spawning mechanism of Ice Wyvern eggs, you could only get them by visiting Ice Wyvern nests. At the moment, all Ice Wyvern nests concentrate on the map Ragnarok and here is a list of their coordinates:

It’s worth pointing out that the nests and the eggs they hold won’t spawn unless there is at least one Ice Wyvern around. Because of that, it’s a good idea to keep an eye out for Ice Wyvern as you search the nests. Assuming that you own a strong character, feel free to kill every Ice Wyvern that crosses your path. By doing so, you should be able to force the spawning of new Ice Wyverns, Ice Wyvern nests and Ice Wyvern eggs.

Stealing Ice Wyvern eggs is no walk in the park so you need to prepare your character well if you don’t like to get KO’d.

In the beginning, since Ice Wyvern nests spawn in cold areas, it’s essential to craft a solid set of fur armor. If you have an otter pet, put it on as well for extra insulation. Next, you need to find a ride that allows you to outrun Ice Wyverns as they would give chase after you steal the eggs. The best rides for the occasion include Pteranodon, Griffin and so on.

Mount your ride, approach the mentioned coordinates and search for Ice Wyvern nests. In the case that you attract the attention of the Wyverns, retreat toward nearby Mammoths and let them duke it out. Once you get your hands on the eggs, leave as soon as possible as Ice Wyverns in the surroundings should be heading straight to you. If you manage to escape, you can begin raising Wyverns in earnest.

Note: Unlike other ARK creatures, young Ice Wyverns hatch at the same level as their parents and they won’t receive level boost after taming. Thus, if you care about the level of your rides, it’s suggested that you prioritize high-level Ice Wyvern eggs. 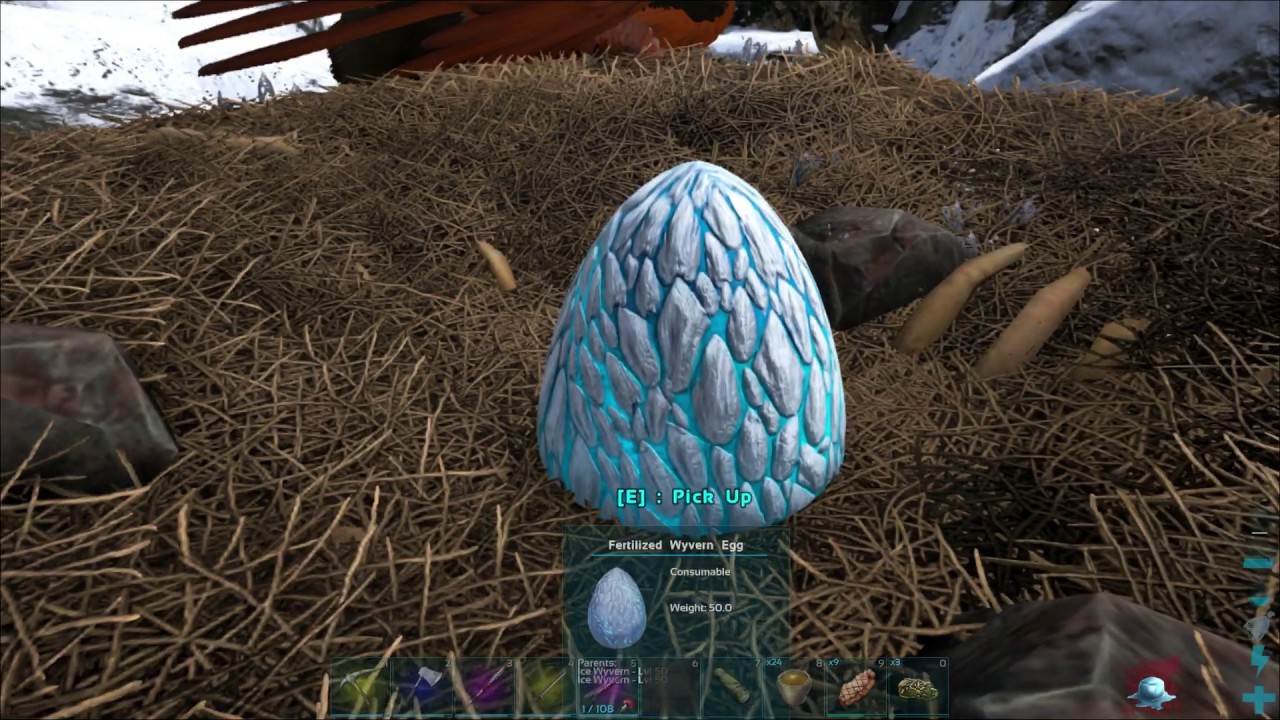 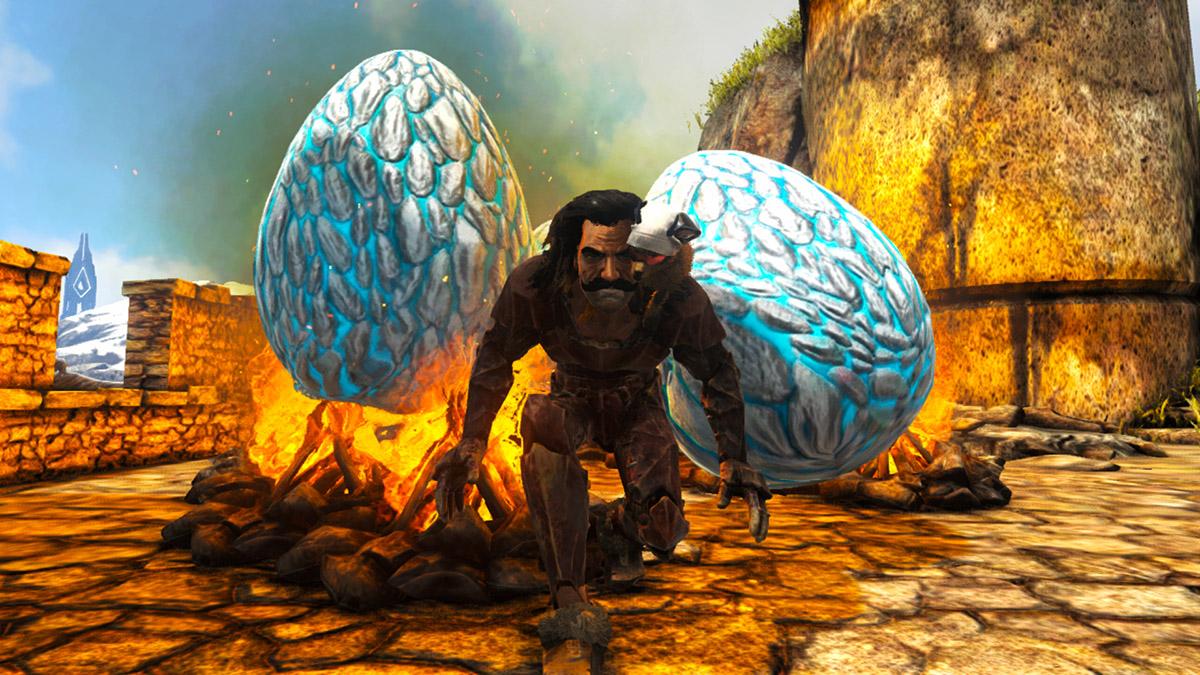 In general, knowing Ark Ragnarok Ice Wyvern egg locations would net you a couple of eggs if things go well. With the eggs in your possession, it’s time to move to the next phase: hatching and raising.

How To Hatch Ice Wyvern Eggs

For your information, despite the fact that Ice Wyverns live in cold areas, Ice Wyvern eggs actually need a lot of heat to hatch. That means it’s wise to set up Standing Torch,  Campfire, Air Conditioner and other heat-emitting objects around the eggs. As time passes by, you must apply adjustments to account for the time of days as well as changes in temperature. If you succeed at maintaining the temperature between 80 °C (176 °F) and 90 °C (194 °F), for around 5 hours, your Wyvern eggs should hatch.

It’s noteworthy that hatching alternatives exist: For instance, you could use a Dimetrodon to provide Ice Wyvern eggs with insulation. You still have to arrange heat sources around the eggs but the number would be less than if a Dimetrodon is not used. Besides that, if you own the paid DLC Genesis: Part 2, you may build  Egg Incubator. A single Egg Incubator is capable of handling up to ten eggs at the same time.

How To Raise Ice Wyverns

Ice Wyverns go through three stages as they mature: 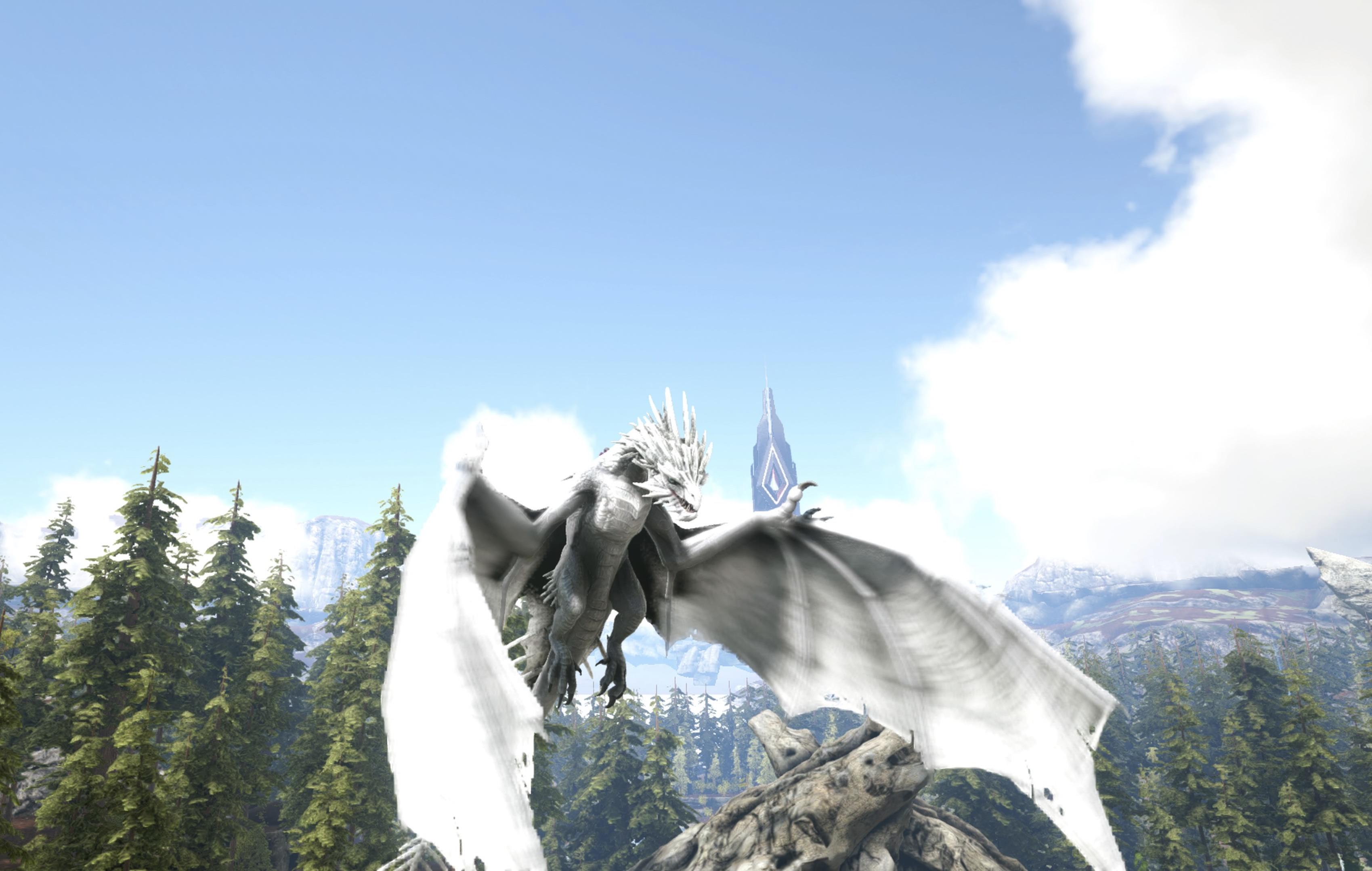 Do Ice Wyvern Eggs Have Any Other Use Besides Raising Rides?

How Could I Kill Ice Wyverns?

Once it comes to killing Ice Wyverns, different ARK players often prefer different methods. One way is to swoop down on a flying mount then focus on the nape of the Wyverns. Aside from that, you make a grappling hook, latch yourself onto a Wyvern and melee it to death. Last but not least, if you have a system of turrets up-and-running, all you have to do is to lure Wyverns to it.

Which One Would Win In A Fight Between Wild And Tamed Ice Wyverns?

In most of the cases, tamed Ice Wyverns could beat their wild counterparts with relative ease. Hence, it’s not unheard of for ARK players to fight Ice Wyverns with Ice Wyverns.