As the app descrpition put it “Tabletop Simulator is the only simulator where you can let your aggression out by flipping the table! There are no rules to follow”. I just might do just that if I find out there are hidden achievements I am not doing, or not. I might flip the table anyway instead of throwing an actual tantrum. And boy oh boy, did that day comes, as there are more than a dozen of those and one of them is literrally flipping the table. So stay tuned for that one! 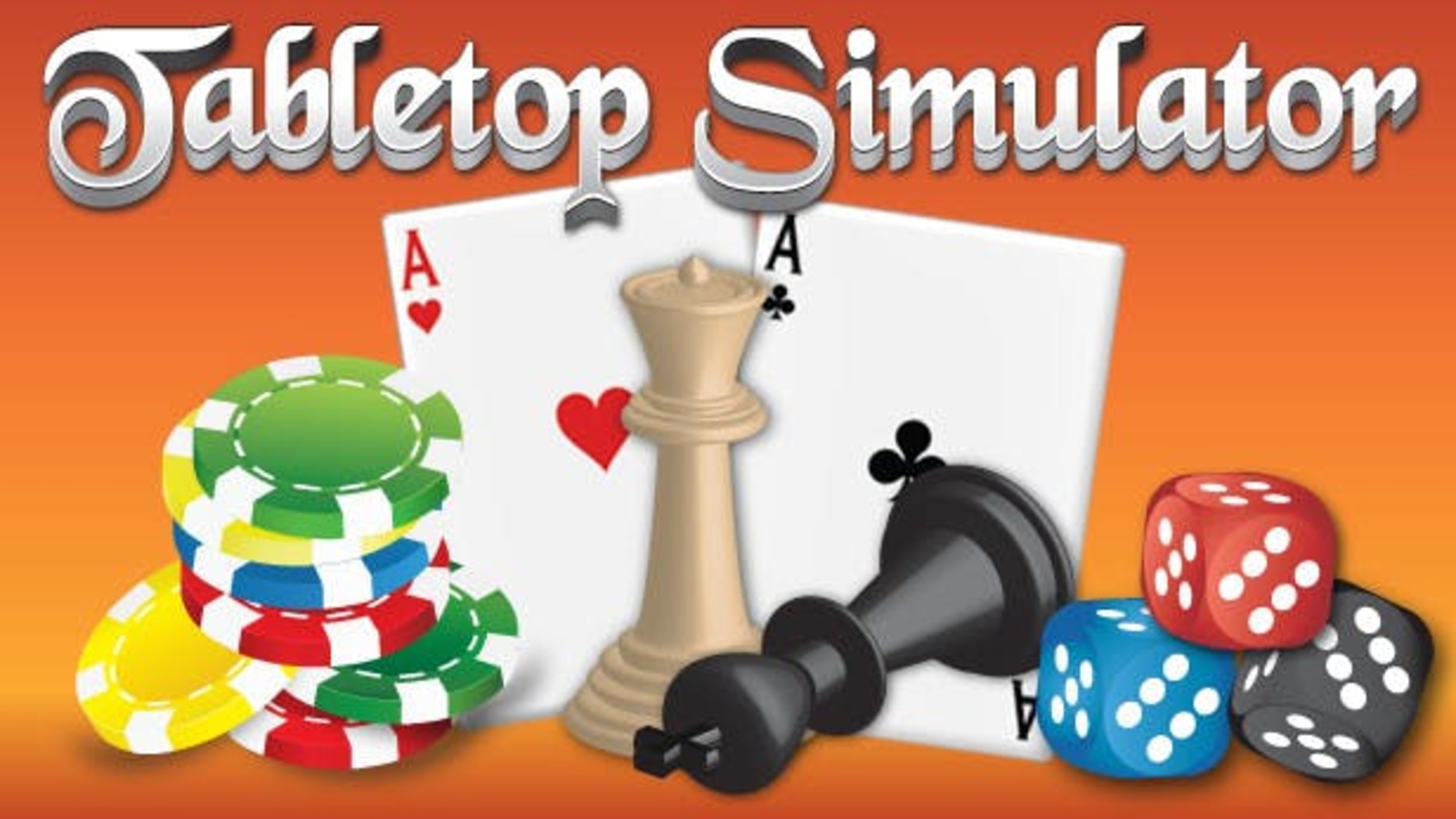 If you are new to this game, Tabletop Simulator is an app allowing players to play nostalgic tabletop games in a (virtuall – obviously) mutiplayer physics sandbox. There are 42 of those on the list on Steam along with the price and some might be quite nostalgic indeed, while some not really.

You might not neccessarily receive the achievements immediately after meeting the requirements. Then, what you might need to do is entering something into your color’s notebook.
Achievements will be categorized into 6 groups as following :

Play the game for 1 hour without flipping the table.
Well, this one is quite straight forward and self-explanatory.

A Spot of Tea

Play a civilized game of Chess for 1 hour.

As long as you don’t flip the table over during the duration of 1 hour, whether you play an actual game of chess, idle in game does not matte. So exercise a little bit of patience when you play, do whatever you want, go on with your life. Just don’t forget to comeback in one hour’s time.

Did you do it?

Complete the in-game tutorial.
On the main menu, select “Tutorial” and complete all the steps to earn this achievement.

Complete the tutorial in under 30 seconds.
Since this one might take a little practice, you might want to memorize the pattern from the tutorial and practice. Eventually you’ll be able to attain this one.

Upload at least 3 Steam Workshop items.
While you can be a proudly functional person by uploading something actually interesting into the game’s workshop, technically speaking, you can basically upload anything including a piece of texts, photos and other forms of visual. You just might want to make sure to delete them afterward.
To perform the above taas, click the “upload” icon

and fill in the blanks before uploading.

Play a game with someone on your friend’s list.
This one is pretty self-explanatory as well. You will need to play any game with at least one friend from your Steam friend’s list to get this achievement.

Play a game with a full room of 8 players.
This might be quite self-explanatory, in itself, as well. To obtain this achievement, you need to set up a game with eight different players at one time. This achievement will unlock once the 8th player joins the room.

You spawned the developers’ special figurines!
Step 1 : Select the “Objects” icon that looks like a little person

You’ll want to start spawning all the figurines until this achievement unlocks.

Flip the table in an absolute fit of rage… 100 times.

To pick any single player game, select “Create”. On the top of your screen, click “Flip”. When you do, the button will go from white to grey. Once the button returns to white you can “flip” the table again. You do not need to reset the table for it to count. Just keep pressing the button. Now do this 99 times more.

You tried to flip the table… and failed!
Gaze limp wrists. Say what? Anyway, in order to do this, you need to remove the option to flip the table, then try and fail. On any game, go under “Options”, “Permissions” and uncheck the box that allows table flips. Once you try to flip the table, you’ll fail and unlock this achievement. 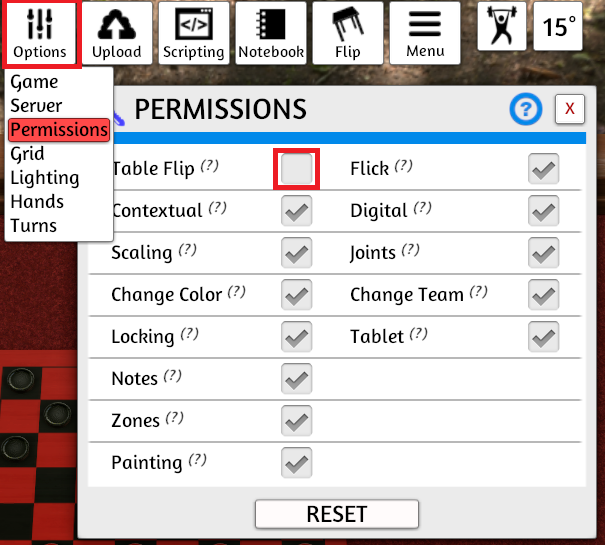 You posted a message in global chat, hurray!
On the opening screen there is a global chat box in the corner. Start typing and hit “enter” to send a message.

Change your color more than 50 times.
During a game, in the upper-right hand corner, click your name and select “Change Color” and pick any color at the table.
You’ll need to rotate to different colors a total of 50 times.

Tint 1000 objects a different color.
Right-click any object and select the “Color Tint” option and change the color. Repeat for a total of 1,000 different items. You can tint one item 1,000 different times should you so desire.

Create an 8 player “light show” with the line drawing tool.
You’ll need to have eight people for this one. Everyone needs to select the “line” tool [F5] and then start drawing on the game. You might need to do this for a minute or so before the achievement appears for everyone.

Save 100 items to your Chest.
Right-click any object and select “save”. This will prompt you a name before it stores into your chest. You can name it anything you want, or do “Object 1-100” to keep track of the throwaway items as you might want to clear out the clutter once you are done.

. Select the color of the room you are in, “White”, “Red”, “Green”…etc” and type something in the notebook.

Play a game in zero gravity.
During a game, go under “Options” and click “Game”. Drag the slider all the way to “0.0” and toggle back to the game. This achievement will unlock.

Once you’ve spawned 10,000 individual chips, this achievement will unlock. So, you did maths! Well, sort of.

Attack of the Figurines!

Have 2 RPG figurines attack one another.
Start a new game and select either the RPG pre-set or go under “Objects” at the top of your screen and select “Components”, then “Figurines” and spawn two of them. Position them facing each other and right-click one and select “attack”.

Lock 5000 items over time.
Locking down items can be done by right-clicking the item, going to “Toggle” and then selecting “Lock”. Or you might spam L for a total of 5,000 times for this achievement to unlock. Good luck on that though.

There are no computer controlled players built into the game. You can still play single player games. There are even some mods that script in virtual players.

What button is voice chat (push-to-talk)?

Press the ? key to see the default key bindings.

If you aren’t using a QWERTY keyboard layout, try pressing # or ‘ instead.

There was a problem loading the images. Either the site hosting them is down, or the host removed the images. Contact the creator of the mod for help.