SOLVED! How To Get Over The Rise Of The Tomb Raider Trebuchet Bug

A Summary Of The Bug 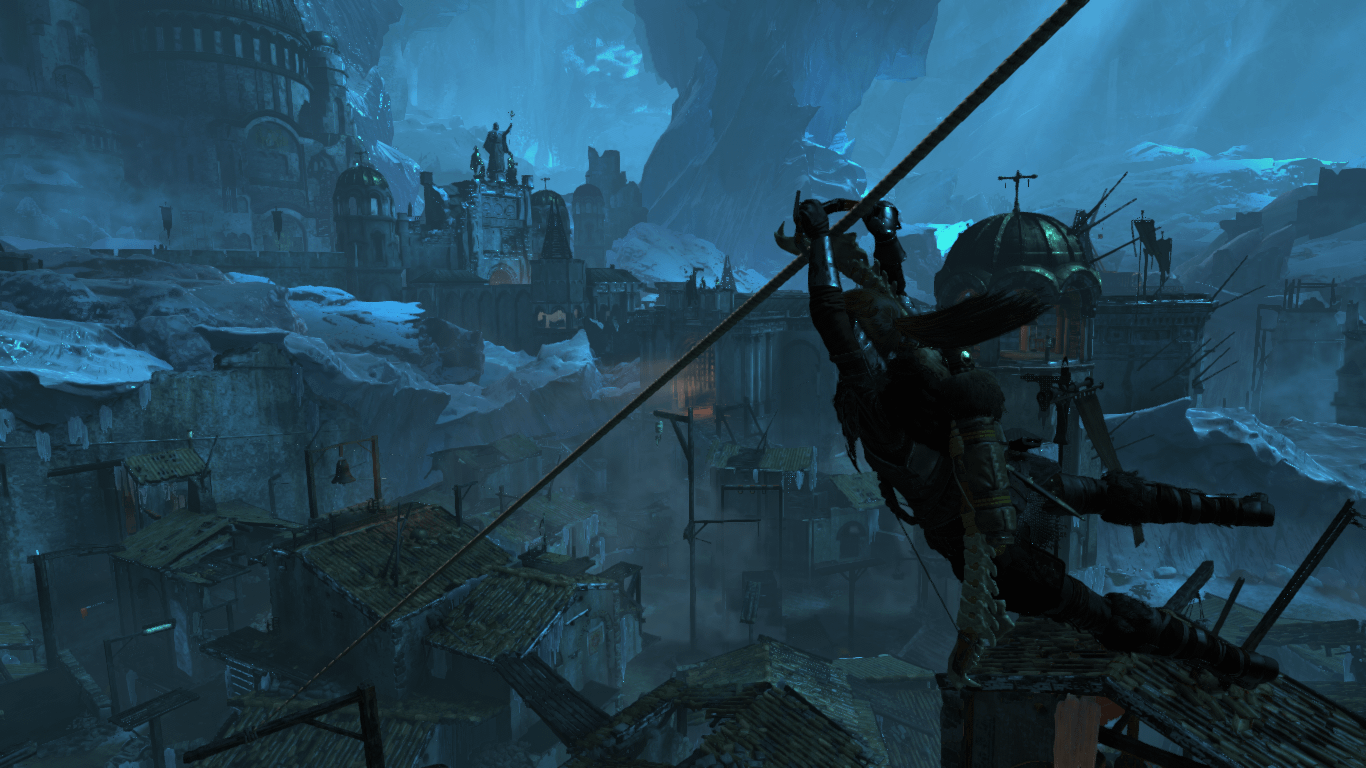 Unable to progress through the Lost City level due to the trebuchet bug which is annoying to say the least? In that case, you have come to the right place. This article could tell you everything that you should know about the trebuchet bug from what is going on to how to get over it.

In the Lost City level, there is a section that requires Lara to knock down a gate with a trebuchet. For most of the time, players only need to reach the trebuchet, clear out the enemies, aim the trebuchet and let loose a shot.

That being said, for a number of players, it’s impossible to turn the trebuchet around because of a bug. When the bug is active, every time Lara interacts with the trebuchet using her axe, she would be hit by a fire arrow from behind. At first, the players may think that they must have missed a guy somewhere and proceeded to scan the area again. Unfortunately, no matter how hard the players searched, not a single enemy came into view.

Overall, the Rise of The Tomb Raider trebuchet bug has been around for a long time and even as the game gets updated, it persists. Eventually, Tomb Raider fans figure out the nature of the bug: invisible enemies.

Here is how it works: The moment Lara enters the area, the game is going to spawn enemies all over the place. Nonetheless, for some reason, up to three guys could remain unspawned but they still send fire arrows toward Lara as she operates the trebuchet. Needless to say, being invisible, the enemies that cause the bug can neither be spotted nor killed by the players. With the invisible enemies preventing access to the trebuchet, there is no way to knock down the gate and move to the next area.

Guidelines On Getting Over The Bug

Note: It’s essential to make sure that you have the latest version of the game. Besides that, if you play Rise Of The Tomb Raider on Steam, you should verify the integrity of the game cache to remove corruption in the files. To initiate the verification, open Steam Library, right-click Rise Of The Tomb Raider and hit Properties. Afterward, pick the Local Files tab, choose Verify Integrity of Game Cache and allow the verification to run from start to finish.

In general, the Rise of The Tomb Raider trebuchet bug is a source of frustration for various players but a couple of fixes exist. If you want to complete the Lost City level, it’s strongly recommended that you try out the following:

Rise Of The Tomb Raider: Tips And Tricks All in all, with the trebuchet bug out of the bay, you should have no trouble reaching the end of Rise of The Tomb Raider. However, in the case that you like to optimize your experience, it’s a good idea to check out these hints.

Take Care Of The Challenge Tombs

To put it plainly, you could play through the entire game without having to go inside a Challenge Tomb. Still, it’s noteworthy that each of the Challenge Tomb in Rise of The Tomb Raider rewards you with a skill upon completion. If you complete all nine Challenge Tombs, you should have an easy time progressing through some of the harvest sessions of the game. Feel free to set aside the Challenge Tombs until the end but that leaves you with few opportunities to test out the skills.

If you stick to the main story, there is a very good chance that you won’t return to Supply Shack. That being said, Supply Shack allows you to pick up all sorts of goodies from weaponry to accessories (laser sight, suppressor, …). Hence, by making use of Supply Shack, you can upgrade Lara’s abilities to navigate terrains, neutralize enemies and so on. From time to time, it’s widely advised that you drop by Supply Shack to spend your Byzantine Coins.

In lower difficulties, ammo is not exactly a big problem and Lara is able to craft ammo on the fly. Nonetheless, if you play on higher difficulties, it’s essential to conserve ammo at every opportunity so you could deal with big threats. One way is to unlock Arrow Retrieval at the earliest opportunity then stick to the bow while taking out lesser targets. Play it right and you would have enough ammo to dispatch tough enemies at any time.

XP is one of the features that differentiate the Tomb Raider reboots from the original entries. As you perform specific actions in Rise of The Tomb Raider, Lara automatically gains XP points that could be used to unlock new skills. Because of that, if you manage to maximize XP gain, Lara is going to breeze through the game with relative ease. The Tomb Raider fan base devises various methods to get more EX points but you may want to unlock Avid Learner as soon as possible.

Consider Changing To Other Outfits

In Rise of The Tomb Raider, players could choose between quite a few outfits for Lara. While the story outfits don’t change anything besides appearance, unlockable ones provide several bonuses. Hence, if the situation permits, it’s suggested that you change the outfit of Lara to improve the performance of Lara on the field. To gain access to unlockable outfits, you have either complete missions or visit the Supply Shack.